The VCI contributed to the European Commission’s public consultation on supplementary protection certificates (SPCs) and patent research exemptions. The association takes position on a reform of existing SPC regulations, the need for a unitary SPC, plans for a manufacturing exemption ("manufacturing waiver"), and an exemption regime for preparation activities ("Bolar exemption").

SPCs enable manufacturers of pharmaceutical and crop protection products to extend the 20-year patent term by maximally 5 years. This is to make up for lengthy authorisation procedures at public authorities during which already patented medicines and crop protectants may not be placed on the market. On the date of marketing authorisation, usually a considerable part of the patent term has already elapsed. High research and development costs cannot be refinanced in the patent duration that remains after marketing authorisation. The SPC system was introduced at European level to enable refinancing – and thus to preserve the competitiveness and innovation ability of impacted industries.

The SPC system is a key factor for investments in further R&D activities of the innovative pharmaceutical industry and crop protection industry in Germany and Europe.

The Single Market Strategy, adopted in October 2015, announced that the European Commission will "consult, consider and propose further measures, as appropriate, to improve the patent system in Europe, notably for pharmaceutical and other industries whose products are subject to regulated market authorisations".

In particular, the Strategy aimed to explore a recalibration of certain aspects of patent and supplementary protection certificate (SPC) protection, and announced that this recalibration could comprise the following 3 elements:

The European Commission's public consultation lasted from 12 October 2017 until 4 January 2018.

The Position of VCI

In its position the VCI emphasizes that there is no need for interventions in existing SPC regulations, as regards pharmaceuticals and crop protectants. Soft law instruments are better suited for responding fast to the rapid progress in innovation in the relevant areas, while new legislation cannot cover all conceivable possibilities. Moreover, any fresh provision or wording would inevitably raise new and difficult questions for inter¬pretation by the Court of Justice of the European Union (CJEU). As a result, the benefit of existing case law – as applied to particular product categories – would be lost, and new uncertainties would arise.

Furthermore, the VCI calls to avoid an approach where individual aspects of a reform of the SPC system (and particularly the introduction of an “SPC manufacturing exemption” in the pharma sector) are driven forward isolated from the whole evaluation. This would involve the risk of an unbalanced system, to the detriment of the EU-based pharmaceutical industry.

The VCI position ends with some comments on the “Bolar exemption” (2) and its possible further development.

(1) „SPC Manufacturing Waivers“ intend to allow the manufacturers of generic medicines to produce SPC protected pharmaceuticals at home in order to export them in countries withou patent/SPC protection.

(2) The "Bolar patent exemption" aims at speeding up the entry of generic medicines into the market by allowing early preparatory development on generics to obtain pre-market regulatory approval, even when the SPC of the reference medicine is still in force.

You will find VCI's full position paper consisting of 6 pages in the download section at the top of this page (so-called "Langfassung"). 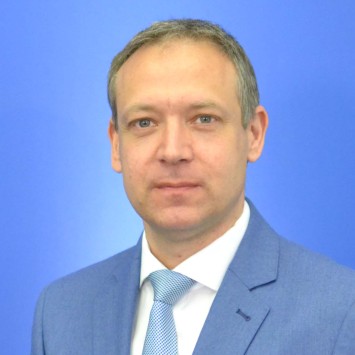