Gene editing ranks among the major methodological innovations in molecular biology for over 20 years. This is a collective term for a number of different methods with which DNA building blocks of microorganisms, plants and mammals can be edited in a more precise and pinpointed manner than ever before: Genes can be turned on and off, repaired, inserted, removed, replaced or regulated.

Compared with conventional methods, these techniques are uncomplicated, time-saving and cost-effective. They are becoming ever more important worldwide in medicine, biotechnological production and agriculture. For example, gene editing opens up new possibilities to decode diseases and to decisively improve their prevention, therapy and cure – or to enable them in the first place.

EU genetic engineering law is not “fit for purpose”

The European Court of Justice (ECJ) dealt in summer 2018 with the question whether gene editing falls under the EU legislation on GMOs or whether the mutagenesis exemption – as laid down in this legislation – applies. The Court decided that gene editing results in genetically modified organisms (GMOs) that require approval under the GMO legislation. This ruling is problematic, because it is based on an EU directive dating back to 2001 which, in turn, relies on the state of science of the 1980s. No consideration was given to new findings in natural science. The same conclusion is drawn in a study of the EU Commission published in spring 2021: Existing legal provisions are found not fit for purpose for new genomic techniques (NGTs) and need to be adapted to take account of scientific and technological progress. A sweeping safety assessment for all techniques is deemed unjustified – inter alia, because there is no significant difference in the risks of genetic modification between NGTs, cross-breeding, selection and natural genetic mutation. In the study, the Group of Chief Scientific Advisors of the EU (SAM HLG) notes that “safety can be assessed only case-by-case and depends on the charac-teristics of the product, its intended use and the receiving environment”. NGTs are widely applied globally – in agriculture, industrial production and healthcare. NGT products are already on the market in many other parts of the world. Most R&D takes place in non-EU countries, so that the Commission is apprehensive of competitive disadvantages as compared with non-EU Member States.

Germany and France are leaders in Europe in the development of NGT applications. But both are bound to increasingly fall behind scientifically and economically in all areas of biotechnology against the current pioneering nations of China and the USA – if biotechnology cannot be put into practice in a competitive manner in the European Union.

Following the EU study, a public consultation on a new legal framework for NGT plants was held in summer 2022 and the result of which is to be incorporated into a legislative proposal by the EU Commission, which is expected at the beginning of 2023.

THE VCI IS CALLING FOR THE FOLLOWING 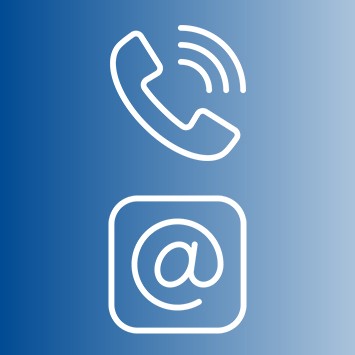