Bock: Sustainability is fundamental for the successful future of chemistry

Bock: Sustainability is fundamental for the successful future of chemistry

The German Federal Environment Ministry and the Environment Agency have newly set up the International Sustainable Chemistry Collaborative Centre (ISC3). Kurt Bock, President of the German chemical industry association Verband der Chemischen Industrie (VCI), welcomed this step at a conference in Berlin on the launch of ISC3. He called for a global and holistic approach, holding that sustainable chemistry comprised more than purely the environmental aspect. Bock emphasized: “We need a concept that gives equal consideration to the ecological, economic and social dimensions of sustainability. This is the only way to successfully implement in daily practice the 17 sustainable development goals that the United Nations adopted in 2015.” Bock is a member of the steering committee of the sustainability initiative Chemie3, the joint initiative of the VCI, the Mining, Chemical and Energy Industrial Union (IG BCE) and the German Federation of Chemical Employers’ Associations (BAVC).

The VCI President said that the platform ISC3 was launched at precisely the right time, with the mandate of the UN programme on the Strategic Approach to International Chemicals Management (SAICM) ending in 2020. ISC3 could take it up from there. Bock underlined that the German chemical industry supported right from the start the UN initiative SAICM for chemicals management. Many non-governmental organisations, too, became involved in the realisation and further development of this initiative. Projects were carried out together with the chemical industry, e.g. for improving safety in the transport and storage of chemicals in Ghana.

According to Bock, the industry also stands ready to participate in ISC3 from the very beginning, through Chemie3. Via ISC3 now the international discussion process can be organised to find out how to achieve the UN sustainable development goals (SDGs) by 2030. The VCI President at the conference: “Both initiatives complement each other. We offer our support to drive forward sustainability in the chemical industry not only nationally but globally.”

Bock also pointed to innovations from the chemical industry contributing to the UN SDGs like, for example, fighting hunger and poverty, improving health care and safeguarding affordable and clean energy supplies. He identified mainly new products and processes from chemistry as having a major share in reaching these goals.

The VCI President recalled the long-standing role of sustainability in the chemical industry. With its initiative Chemie3, Germany’s third largest industry commits to a sustainable development since 2013, having strengthened for several decades ecologically and socially responsible action – by way of industry-wide and social partnership initiatives. Bock named the Responsible Care programme for environmental protection and safety as representative for all of the above. Thus, there was a broad foundation for Chemie3 to build on from its inception. Bock highlighted: “Sustainability is the prerequisite for a successful development of the chemical industry in Germany. This makes Chemie3 the basis for the future strategy of our industry.”

The VCI represents the politico-economic interests of around 1,700 German chemical companies and German subsidiaries of foreign businesses. For this purpose, the VCI is in contact with politicians, public authorities, other industries, science and media.The VCI stands for over 90 percent of the chemical industry in Germany. In 2016 the German chemical industry realised sales of around 185 billion euros and employed over 447,000 staff. 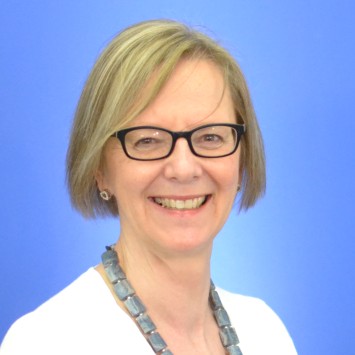